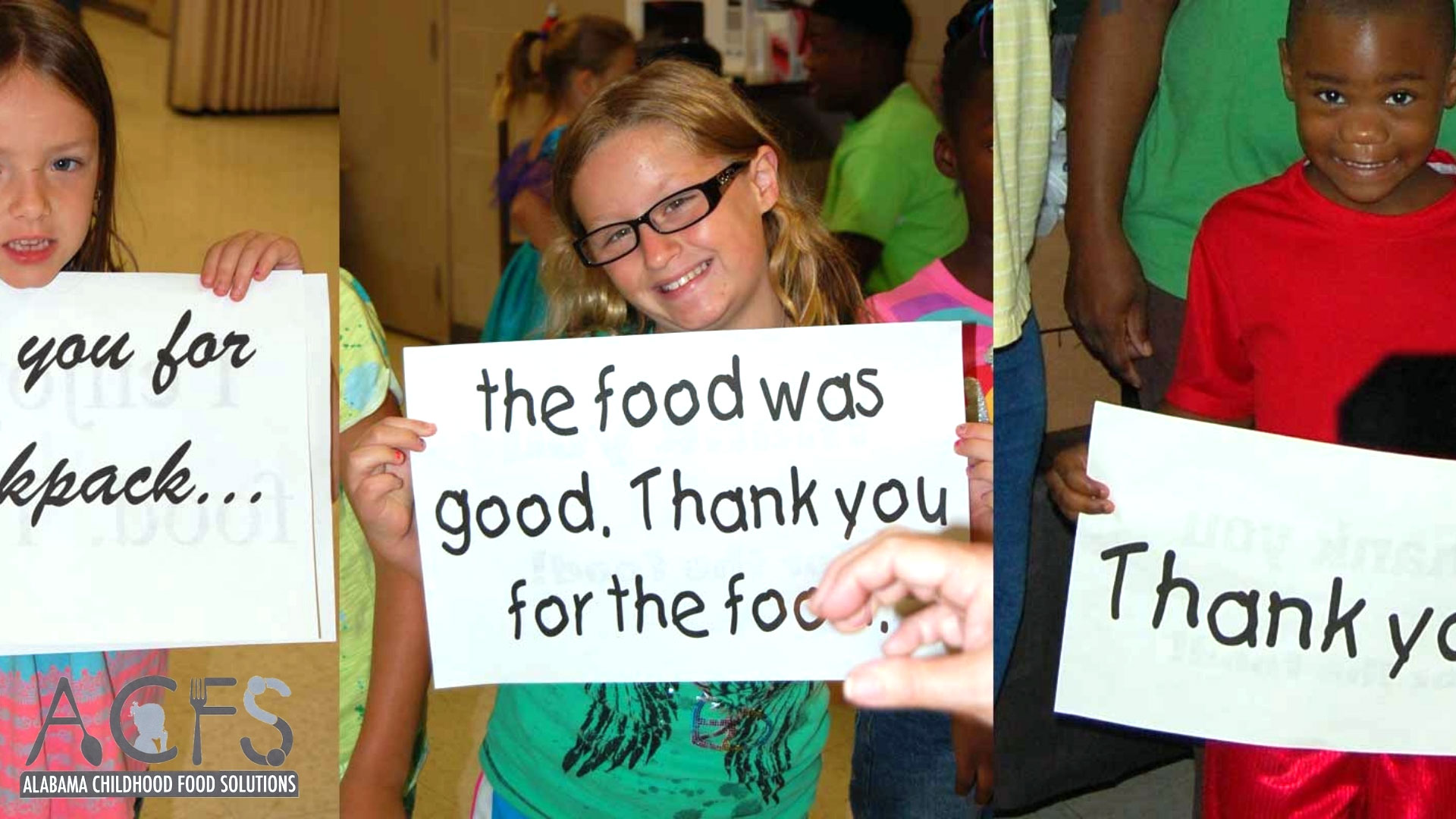 It was their first time doing this from the back of their own pickup. Jim and Linda Jones weren’t sure how many people were going to show up or if they were even going to be able to give those first 40 bags of food away. They were just trying to be faithful to the seed God planted in their hearts back on the mission field.

It was during a medical mission trip when Jim and Linda were passing out food to malnourished children when Jim heard God say, “You have people who are hungry right at your doorstep.” Upon returning home to central Alabama, Jim and Linda immediately committed themselves to do the work.

Obedience to the call of God is how Alabama Childhood Food Solutions (ACFS) was born, and how Jim and Linda ended up in the back of their pickup with 40 bags of food. In a matter of weeks, they went from having food for 300 people at a time to needing food for over one thousand. And now, they now serve over 3,000 people each month. Though because of the COVID pandemic, they’re serving even more.

“The primary mission of ACFS is to end food insecurity in central Alabama,” says Executive Director, Gene Rogers. According to the Food Research and Action Center, the state of Alabama has the second-highest food hardship rate in the nation (25.2% of the population). Over 20% of its population is food insecure.

ACFS sees a large number of children who are being raised by their grandparents, who come from single-parent homes, broken families, and more. In one surrounding county, over 80% of the children live in poverty. “We know the need is pretty incredible,” Gene says.

Gene shared the story of a retired school counselor who heard about six young elementary-aged children in her community. Malnourished, and living with limited resources in a negative environment, these six siblings were nonverbal, underdeveloped, and in dire need. Without a moment of hesitation, she took them in.

The retiree couldn’t afford to feed the six children on her fixed monthly income, so she reached out to ACFS for support. “We began offering groceries to her,” Gene says, “but when people saw her heart for these six children, we knew she needed help to try to get them to a better place.”

The volunteer team at ACFS began to do incredible things for these kids, throwing birthday parties, taking them to church, and participating in their lives. It was one of many examples where ACFS demonstrated it offers more than just food but hope for tomorrow as well.

“You should see them now,” Gene says. “They’re thriving in school. They’re happy. Our folks treat them like their own. I am so motivated by trying to give them the help to break the cycle of poverty that they experienced. And so that excites me every day that I get up.”

In its early days, Alabama Childhood Food Solutions depended on the support of Jim and Linda’s family, friends, and immediate church community. Now, over 10 years later, ACFS partners with almost 40 churches and other organizations that support them in some capacity, including Orchard.

ACFS got connected with Orchard through one of its partner churches, Double Oak Community Church. “When I heard about how they were going to mobilize churches and teach them what they could be doing for the kingdom, it just kind of lit my fire,” Gene said. They reached out to Orchard because they want to be more effective in how they address food insecurity in central Alabama.

“How do we cast a bigger net?” Gene asks. “Our goal is not to [necessarily] get bigger, but get better. Personally, I believe as we get better, we’ll get bigger.” Because Orchard provides coaching and such an extensive network that can help Gene and ACFS improve, he has complete confidence in their ability to grow and to better serve their community.

And while the times have certainly stretched ACFS, it’s opened doors as well, including bringing the right people to do ministry alongside them. It goes back to what God told Jim so many years ago: I’ll provide if you get the food to the people who need it.

Not only is God providing the food, but the legacy of Jim and Linda’s obedience to God’s call is providing hope to those hungering for it in central Alabama and beyond.

“We’re trying to serve,” Gene says, “but we’re [also] trying to plant the seed of the Gospel because we know that hope is what leads to more promise than anything else.”