Orchard: Our Journey For Good 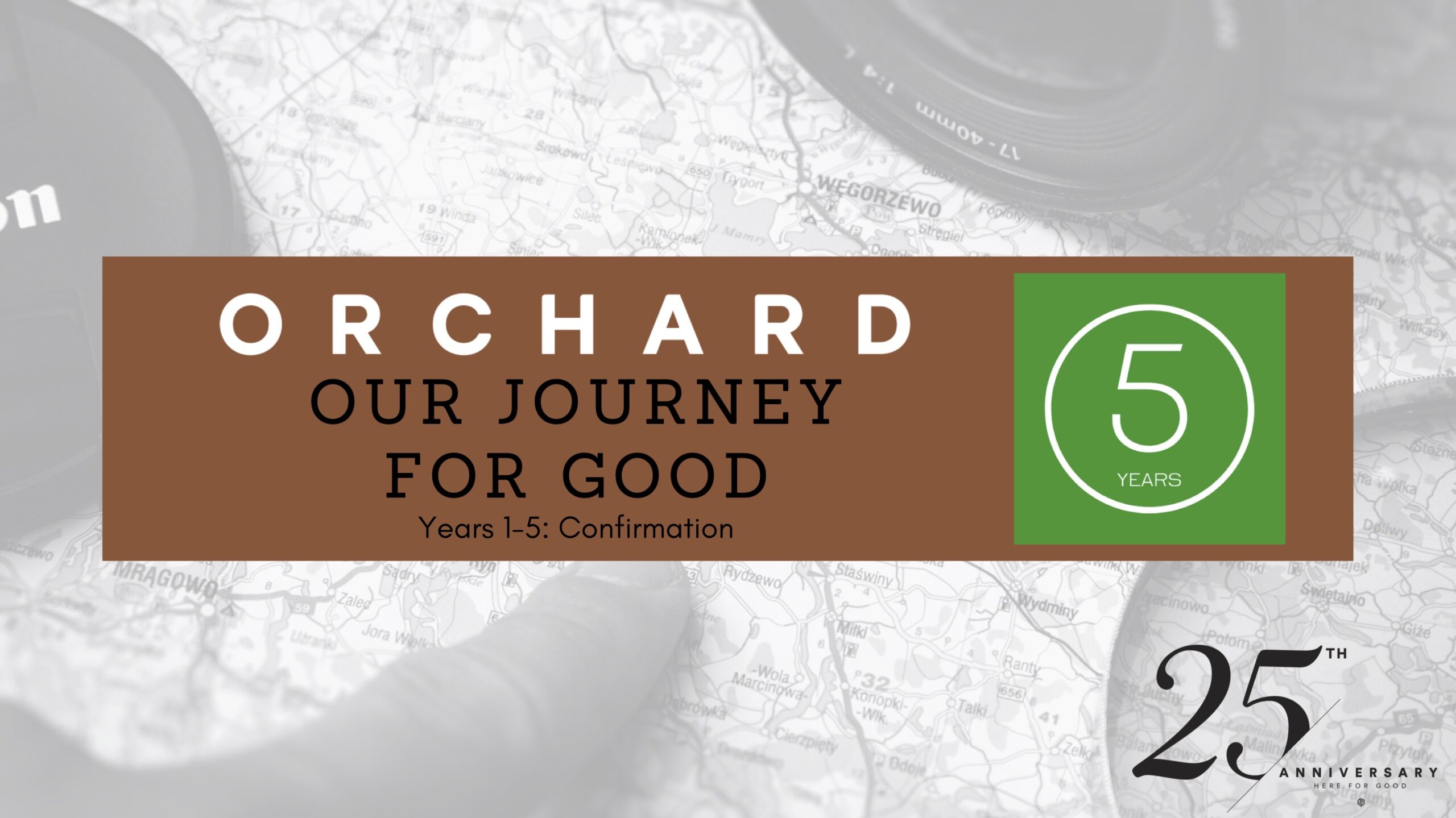 This year, Orchard will celebrate 25 years of ministry – 25 years of impact, growth, serving, and inspiring. It has been 25 years of invaluable leadership and legacy. The road Orchard has journeyed has not always been smooth, but one thing we can say for sure is that we have never faltered from our goal: to inspire Christ-followers to launch and lead creative initiatives serving those in need.

Most organizations have modest beginnings and Orchard is no different. It was the summer of 1996, and our founder Dan Hayes, a faithful church member, Campus Crusade employee, and follower of Christ, was discovering that he had a seemingly unique idea: What if Christ was known because of the actions of his followers?  He looked around his social and religious circles and wondered why more Christians were not serving, loving, and praying for the world around them. The idea to start Orchard was “bathed in prayer,” as Dan would say, and one that rolled around his mind for years. 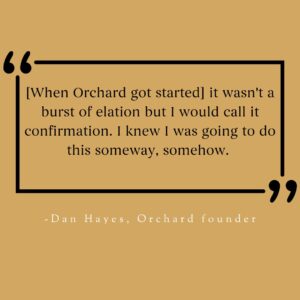 Dan understood early that two realities were emerging: that he would follow through with this idea no matter what and that without support this idea would never come to fruition. He began to reach out to other church members and friends and soon Orchard (formerly Atlanta Community Ministries) was born. Love and prayer were central; which birthed a ministry where Christians were moving from passion to real action, helping to bring people to Christ and serving the most vulnerable.

What stands out about the humble beginnings of the Orchard story is not how well organized or even how professional it was, but the heart behind the work. Dan’s purpose and vision began to unfold because of supporters who were willing to take a risk on something new he proposed. Today, that is still the heart of Orchard’s ministry initiatives. We will always “help you figure it out.” This was Dan’s mantra early on: he was willing to come along-side people who wanted to shine their lights in the world no matter how unique their ideas.

Orchard was giving believers action steps for the first time. This is why we point to our first milestone as God’s confirmation. Orchard began as a small, local non-profit out of one single church in 1996 and has grown to serve over 65 ministries in Atlanta and beyond today. Yet, not much has changed in these last 25 years, except maybe some faces and some hairstyles. Orchard continues to make love and prayer central, to elevate ministry partners to serve more effectively, and to engage Christians in a world where Christ can be known by the actions of His followers.

Some of the same Orchard stakeholders from 1996 continue to champion our work today, and so can you. It took a collective community to help birth Orchard 25 years ago and that same support is still needed! Your gift will honor Orchard’s past and empower our future.

Why Orchard is Here for Good